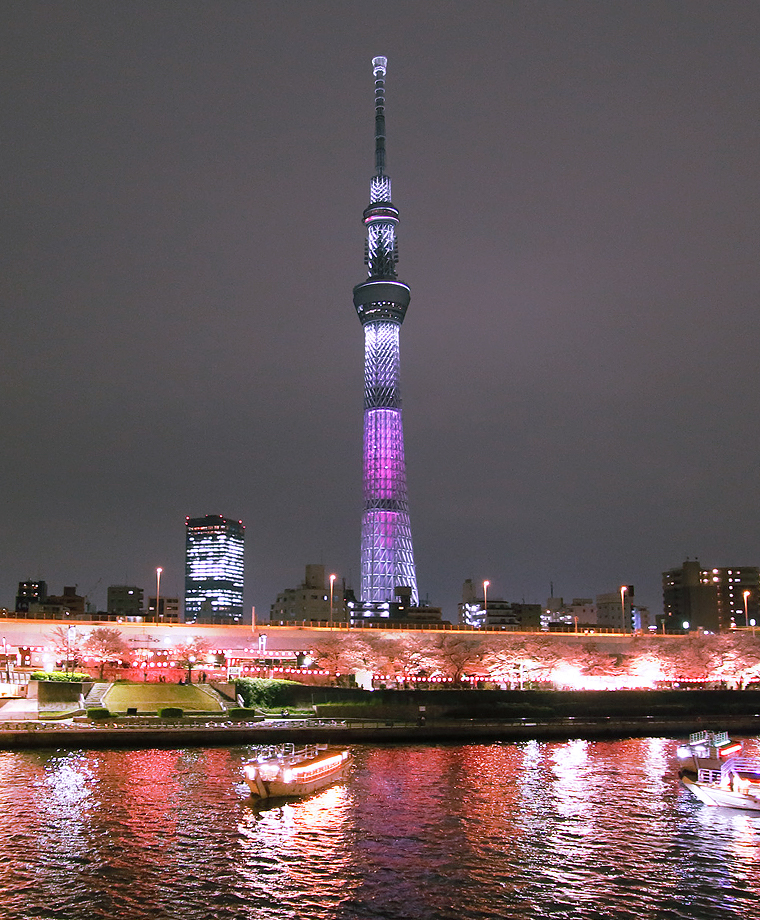 Sumida Ward, which unfolds on the east bank of the Sumida River, is the neighborhood where Edo culture began. Its development was triggered by the relocation of many estates, temples, shrines and storefronts from the west bank following the Great Fire of Meireki. Brimming with energy, this bustling area is distinguished from the west bank, known for its samurai culture with Edo Castle at its center.